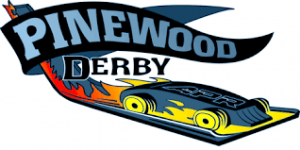 The registration and the race will be held at Pleasant Hill United Methodist Church.  Please bring your car in a container like a shoe box to help keep it safe during impound.  Cars are expected to register on Friday night if at all possible.  Saturday registration is only for those that absolutely can’t turn in their car on Friday.

For the adult/sibling races, depending on interest, these may be combined as a second division or split out as second and third division.  You can purchase a car directly, or make buy one from the Cubmaster for $5. If any adults have cars from when they were in Cub Scouts, feel free to modify if needed and enter them in the race.  There is no limit to the number of entries for an adult or sibling for these divisions.  If time permits after all the rounds of racing are done, we will have a final race off between the top cars in each division to have an overall winner for bragging rights.  All adult and sibling cars must meet the requirements of the Cub Scout cars to enter the race.

Once a car is registered no modifications may be made to the car without the permission of the Cubmaster and only for the purpose of repairing a damaged car.

Only racing staff may handle the cars between heats.

It is important to read all rules before planning and building your Pinewood Derby car.  The Pinewood Derby is open to all Cub Scouts. Cars should be built by the Cub Scouts with some adult guidance and supervision. Any technical assistance should be fully explained to the Cub Scout so that he can use that knowledge on future projects. Because it is difficult to establish how much help was given in building the car, some Packs have a separate Pinewood Derby Race for adults. This is usually called the Open Class.

Race cars shall be constructed for this event from the parts contained in the Official Grand Prix Pinewood Derby Kit (referred to below as “The Kit”). Materials from the kit may be supplemented but not replaced (with noted exceptions below). Cars built from material other than the supplied kit will not race. The only movable items on a car shall be the four wheels.

Race cars may weigh no more than five (5) ounces (total weight) as determined on the official scales during the pre-race check-in.

Wheel treatment (hub and tread smoothing and polishing) may not result in substantial removal of mass or in reducing the wheel width from the original kit wheels. All of the original “tread marks” on the wheel face must remain intact, i.e. apparent to the inspector. Wheels may not be machined to a beveled condition and the portion of the wheel surface that contacts the track must remain parallel to the axle. ALL four wheels must be installed to remain flat on the track and in contact with the track.

The following may NOT be used in conjunction with the wheels or axles: hubcaps, washers, inserts, sleeves, bearings or any such devices that will change the intended configuration of the axle/wheel system. Non BSA wheels and axles will disqualify the car. Axles may be polished to the extent of removing burrs and crimp marks on the axle but not grooved or notched nor coated with an anti friction coating.

Race cars may be no longer than 7 inches, nor wider than 2-3/4 (2.75) inches, as determined by the official gauges during the Registration and Inspection. Underside clearance of at least 3/8 (0.375) inches and inside wheel to wheel clearance of at least 1-3/4 (1.75) inches is recommended, so that the car will run on the race track. Adequate clearance is the responsibility of the race car builder. The car must be able to rest securely on the starting pins so that no part of the car extends beyond the starting line. The car must also be able to pass under the timing tower, so a 3 inch height maximum is recommended.

Weight may be added to the car and will be considered part of the car for purposes of all measurements. “Weight” is considered to be any material on the car that is not provided in the kit. All weight must be securely fastened to the car, e.g. by permanent glue, nails or screws, but not by “sticky substances”, e.g. tape, or tack spray. Weights shall be passive, i.e. non-movable, non-magnetic, non-electric, non-sticky, etc.

The race car may not be constructed or treated in such a way that the track’s starting mechanism imparts momentum to the car. (For instance, this provision disqualifies cars with sticky substances on the front of the car or protrusions which may catch on the starting pin.) No other mechanism may be installed that would impart momentum on the car, e.g. motors, rubber bands, or fans.

Only dry graphite lubricant will be allowed for lubricating the wheels. Lubricants may not foul the track.
Lubrication may only be done prior to Registration and Impound and only at the specified lubrication stations or prior to entering check-in facility.